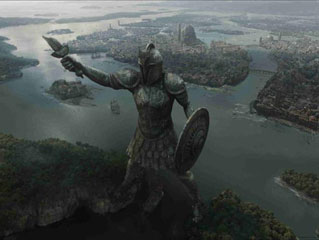 Before we get into why it might be delayed, though, it’s important to keep in mind that HBO has yet to make an official announcement regarding exactly when the final season of the show, which TV Guide’s Tim Surette once tried to convince me didn’t suck by calling it "The Sopranos with swords," will air.

Earlier this year fans pegged April 2019 as the release date based on some stuff Maisie Williams, who plays Arya Stark, reportedly said in an interview. However, she later denied she said anything of the sort. Then HBO programming president Casey Bloys told reporters at the Television Critics Association summer press tour in July that the series would premiere in the first half of 2019, which anyone with a brain would tell you is because the cut off for eligibility in the 2019 Emmys is May 31.

The Game of Thrones Prequel Will Begin Shooting in 2019

Now the latest revised update comes from visual effects supervisor Joe Bauer. In an interview with Huffington Post, Bauer stated that they’re just beginning work on the final season and that it will be Emmy-eligible in two years. "We’re going to be toiling away on Season 8 until May of 2019, so it’s eight or nine months away," he said.

What this means is that the final season Game of Thrones likely won’t be eligible until the 2020 Emmys. And if the final season is going to be considered for the 2020 Emmys instead of the 2019 Emmys, that means most of the episodes will air after the May 31 deadline. (There is a "hanging episode" rule that states that if a series has enough episodes in the eligibility year but has one or more episodes, including the finale, that airs after the cut-off date, those episodes are considered eligible as long as they air prior to the first-round voting deadline.)

Basically, this means that fans still hoping for an April 2019 release should probably temper their expectations. Sorry for ruining everything.

Game of Thrones will return for its final season on HBO at some point in 2019. We think.