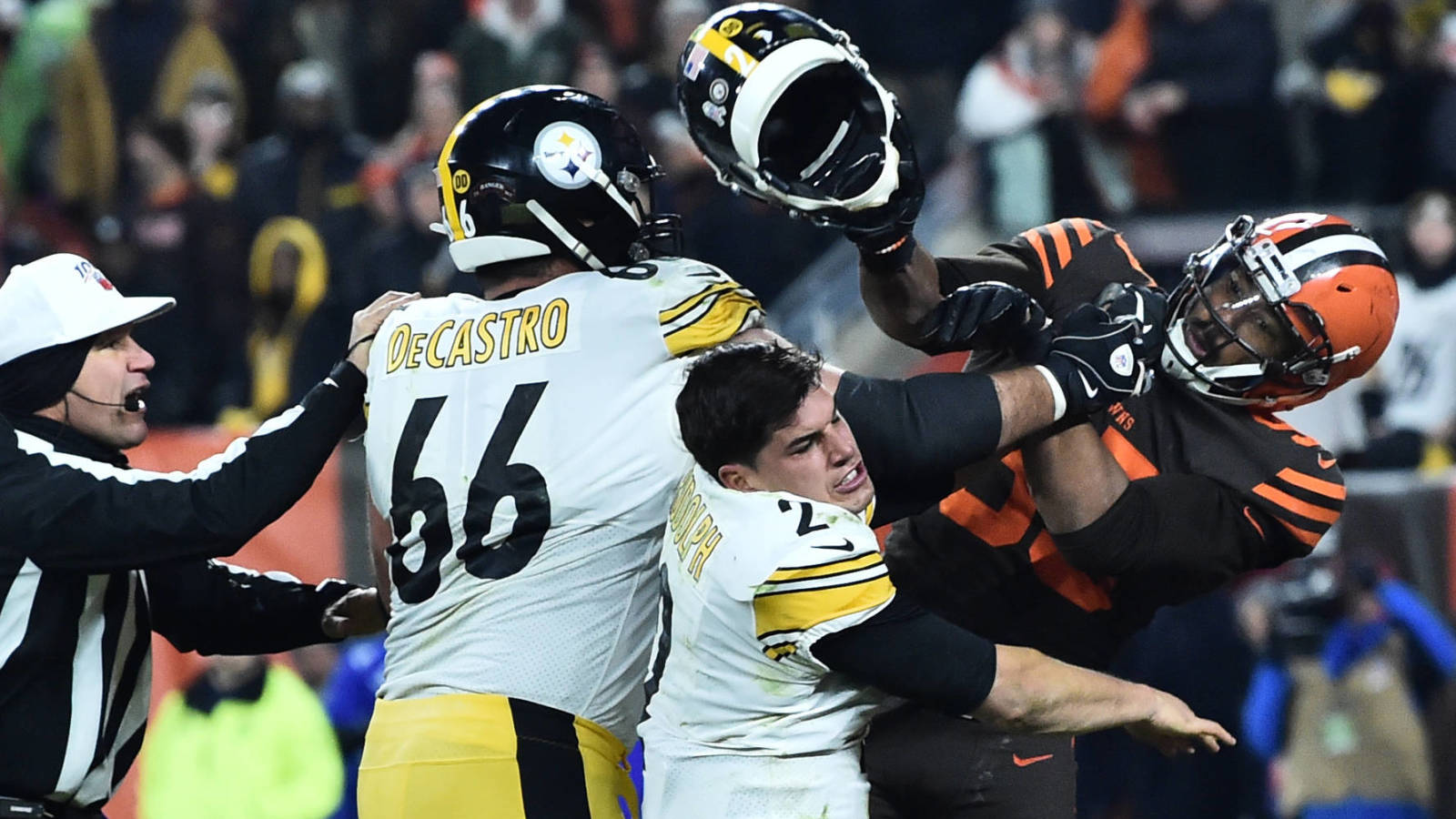 The NFL has finally closed the book on the infamous fight between the Browns and Steelers on Nov. 14 of last season. The fight’s signature moment came when Browns defensive end Myles Garrett hit Steelers quarterback Mason Rudolph‘s bare head with a helmet.

The league’s discipline, which included numerous fines and suspensions for players on both teams, was headlined by an indefinite suspension of Garrett. It was reported earlier today that the NFL reinstated Garrett and, according to Mike Garafolo of the NFL Network, the league finally reviewed Rudolph’s appeal of his $50,000 fine and upheld the original decision.

When the news of Garrett’s reinstatement broke, one of Garafolo’s colleagues at the NFL Network, Ian Rapoport, noted a previous report from Garafolo that Rudolph’s appeal had yet to be decided due to a backlog at the league office. However, Garafolo quickly responded to Rapoport, citing “a source” that informed him the decision to uphold Rudolph’s fine had been finalized.

At the time of the incident, Garrett claimed Rudolph used a racial slur, which sparked Garrett’s angry outburst. However, per Jay Glazer of Fox Sports, the Browns told Garrett to keep the allegation between him and the league before his disciplinary meeting.