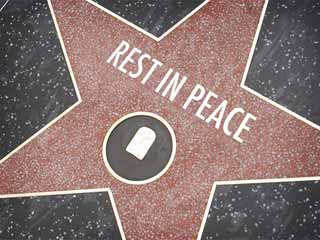 Neil Simon, the Pulitzer Prize-winning playwright who brought us The Odd Couple and The Goodbye Girl has died from complications of pneumonia, the Associated Press reports. He was 91.

Born July 4, 1927, Simon was a Broadway juggernaut who, over the course of his long career, saw many of his original plays eventually make their way to the small screen. At one time, Simon had four hit plays running simultaneously: The Odd Couple, The Star-Spangled Girl, Barefoot in the Park and Sweet Charity.

Barefoot in the Park would go on to become one of Broadway’s longest-running plays and was eventually adapted into a motion picture starring Jane Fonda and Robert Redford. The Odd Couple would eventually make the jump from stage to film to television, cementing Simon’s place in the pop culture pantheon of 20th century playwrights. In his later years, Simon’s work took a turn from comedy to dramedy, with the likes of Brighton Beach Memoirs earning him further accolades.

As news of Simon’s death spread Sunday, he was remembered by many Broadway greats, including Harvey Fierstein. "He could write a joke that would make you laugh, define the character, the situation, and even the world’s problems," he wrote on twitter.

Neil Simon – gone! A loss 4 the entire entertainment industry.
He could write a joke that would make you laugh, define the character, the situation, and even the world’s problems. First time I met him he looked at me and said, "Where the hell did they find you?" What a gent.

Matthew Broderick, who made his Broadway debut in Brighton Beach Memoirs and feature film debut in Max Dugan Returns, said in a statement to Deadline, "It was my great good fortune that my very first Broadway play was written by Neil Simon. He also wrote my first film. I owe him a career. The theater has lost a brilliantly funny, unthinkably wonderful writer and even after all this time I feel I have lost a mentor, a father figure, a deep influence in my life and work."

See all the celebrities we’ve lost in 2018

Over his lifetime, Simon was awarded the Pulitzer Prize, took home four Tony Awards, and won several Writers Guild of America Awards. He also was honored with a lifetime achievement award from the American Comedy Awards, was a Kennedy Center honoree in 1995, and won the Mark Twain Prize for American Humor in 2006.

Simon is survived by his wife, actress Elaine Joyce.