Huzzah! A Veronica Mars revival is in the works at Hulu 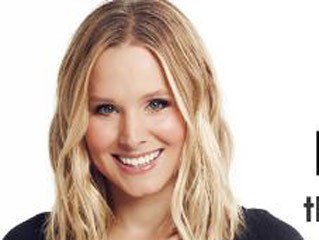 Pfft, six seasons and a movie. The new goal should be three seasons, a movie and a revival.

That’s what Veronica Mars seems to have pulled off. According to Deadline, Hulu is in deep talks to bring the cult favorite back for an eight-episode limited series. Kristen Bell will reprise her role as the titular sleuth, while several of Bell’s former cast mates are set to return once deals are finalized. Series creator Rob Thomas will once again helm the series, making sure that Veronica stays true to her roots.

Veronica Mars premiered on UPN in 2004 before moving to The CW for its third and final season in 2006. The series was unceremoniously canceled, leaving fans with an unsatisfactory ending that saw Veronica’s father (Enrico Colantoni) lose the sheriff’s election and Veronica walk solemnly off into the rain by herself. The lack of conclusion led Thomas and Bell to launch a Kickstarter campaign in 2013. It raised $5.7 million, way more than the $2 million they’d been asking for. The Veronica Mars movie, which saw Veronica reunite with her true love Logan Echolls (Jason Dohring) while solving a murder (never change, Veronica!), was released in 2014.

The Top 25 CW Ships of All Time, Ranked

Even after the release of the movie, the cast has been vocally supportive of continuing the story of Veronica Mars. But they have also just stayed really close, reuniting on screen multiple time for other shows. Bell made a very memorable guest appearance on co-star Ryan Hansen‘s YouTube series Ryan Hansen Solves Crimes on Television. She and Dohring also teamed up to help Hansen promote the show by trolling fans into thinking it was another Veronica Mars campaign (thank goodness we live in a world where we get more Ryan Hansen AND Veronica Mars). Meanwhile, Bell, Dohring and Hansen have all made appearances (well, Bell’s was just her voice) on Thomas’ CW show iZombie.

Deadline confirms that Veronica Mars will also not interfere with Bell’s role on NBC’s The Good Place, so seriously, we get to have cake and eat it too. HUZZAH.