How people with disabilities are challenging the Hollywood pipeline 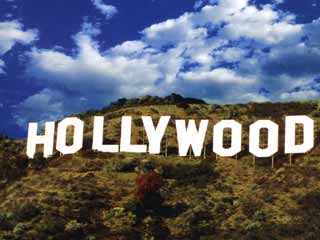 Perhaps the greatest benefit of having more than 300 TV shows currently airing is the surge in opportunities to showcase groundbreaking stories. Viewers now have access to a wide range of programming highlighting characters of various races, sexual orientations, gender identities, socioeconomic statuses… the list goes on. And creators who fall into those groups are finally getting the chance to share their experiences.

But one group is still severely lagging behind when it comes to representation on television compared to population in real life: people with disabilities. Despite being the largest minority group in the country, people with disabilities are still among the least visible in mainstream pop culture, and do not receive the same level of advocacy as other minority groups when it comes to representation. According to 2015 data from the U.S. Census Bureau, 12.6 percent of the population, or about 40 million Americans, live with significant disabilities. (The number does not include people in institutions or those with less severe disabilities, which would increase the ratio to about 20 percent.) In contrast, fewer than 2 percent of television characters have disabilities, according to a 2016 report from the Ruderman Family Foundation. Furthermore, 95 percent of disabled characters in top 10 TV shows were portrayed by non-disabled actors.

This spring, TV Guide attended "Lights Camera Access 2.0," a disability and media summit hosted by various organizations including EIN SOF Communications, the Loreen Arbus Foundation, PolicyWorks and the National Disability Mentoring Coalition. One in a series of regional summits, the event was designed to facilitate connections between people with disabilities looking to break into the media industry and representatives from media companies who are looking to hire. The day’s events included guest speakers, resume reviews and speed-interviewing workshops, and networking opportunities for aspiring media professionals with disabilities.

The challenges faced by people with disabilities who want to pursue a career in media are numerous, but most of the Lights Camera Access attendees we spoke with agreed that it essentially boils down to having to overcome the negative perceptions that surround them. Many people with disabilities feel as though they’re stuck in a vicious cycle within the media industry especially: The (often false) stereotypes about disabled people have prevented members that population from getting hired to tell their own stories, which in turn has had the unwanted side effect of allowing the negative perceptions to persist.

"There’s a lot of myths, and they were perpetuated by telethons, that people with disabilities are weak, or they’re sick, or they can’t perform at a top level. And that’s just simply not the case," says Tari Hartman Squire, one of the founders of Lights Camera Access. "The reason that some feel that way is because people with disabilities haven’t really owned the narrative. Stories are being told by non-disabled people who have an impression about somebody with a disability. … We want to encourage the next generation of media professionals to name it, frame it, claim it and be proud of their disability."

"There are barriers in any industry," she added. "The reason we’re focusing on the media is because it has the power to shatter myths or reinforce stereotypes."

When it comes to pursuing careers in media, the obstacles faced by people with disabilities are numerous, from needing to obtain physical access to television and film sets or access to sign language interpreters, to having smaller social networks through which to hear about employment opportunities via word of mouth. But probably the biggest barrier is convincing potential employers that people with disabilities can perform at a level equal to those without disabilities.

Part of the reframing that needs to take place among employers is recognizing the advantages a person’s disability may provide and the additional skill sets they may possess as a result of their disability rather than the potential downsides of hiring that person, according to Barbara Butz, the president of PolicyWorks, a nonprofit that specializes in helping people with disabilities achieve independence through employment. A disabled person might have management skills as a result of interviewing, hiring and providing feedback to a team of care providers, for instance.

However, the myths don’t only exist on the employers’ side of the table. Oftentimes people with disabilities are also hindered by a lack of self-confidence–and it’s rooted in a lack of representation.

"When you’re young, people ask you what you want to be when you grow up," Butz says. "A lot of times, people don’t ask young people with disabilities. … [And] if you don’t see anybody that looks like you doing these things, then that attitude is, ‘Well, you know, maybe I can’t do that. Maybe that environment is not going to be the right one for me."

Xian Horn, a career mentor at LCA 2.0 who has cerebral palsy, has seen that firsthand in the workshops she teaches at New York University.

"A lot of my students don’t even consider media as a viable option because they’re not sure that they will be welcome," she told TV Guide. "It’s kind of a chicken and egg situation, where casting directors say, ‘Well, there aren’t enough performers with disabilities,’ and people that would be great performers don’t necessarily go into [media] because they’re saying, ‘I don’t see myself represented."

The most effective way to increase the representation of people with disabilities in media is by allowing them to own the narrative and tell their own stories.

"You have to see it to be it," says Lori Sokol, the executive director of Women’s eNews, who has hired a number of employees with disabilities. "To have someone portraying a person in a wheelchair, for example, who is perfectly capable of walking on her or his own is really unfair to all of those who cannot walk. They need to be honestly portrayed, whether in front of the camera or working behind the camera."

Like members of other minority groups, many of the LCA 2.0 participants we spoke with expressed a desire to not be treated equally, not exceptionally, and spoke of a need for the "normalizing effect" that often comes from increased representation. Many expressed a weariness at disabled people or fictional characters being the subject of "inspiring" stories that are inspiring only because they are about people with disabilities.

"If we have one example… that one representation can spawn a thousand actors, can spawn a thousand role models to step up in their own right and contribute what they can, because they saw one person do it," says Horn, who is also on the selection committee for ReelAbilities, the largest festival in the country dedicated to showcasing films by or about people with disabilities. "It doesn’t take a whole lot to start a revolution. It’s just one great, accurate representation can spark a thousand others, a million others. That’s the exciting thing about media."