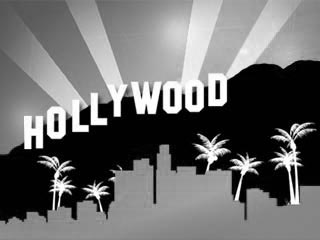 After "What really happened to Lawrence?," the second most pressing question on the minds of Insecure fans going into Season 3 was about its show-within-a-show. What could be a worthy successor to Insecure’s absurdly silly slavery drama Due North?That would be Kev’yn, a send-up of ’90s sitcoms with Erika Alexander of Living Single, Darryl M. Bell of A Different World and former MTV VJ Bill Bellamy.

At first glance, Kev’yn appears to be a parody of Martin — what with that zany, Kente cloth-vibe of the Kev’yn graphical treatment, and lil Kev’yn entering the house through the fridge like "Bruh-man" entering through the window on Martin. But Insecure executive producer Prentice Penny tells TV Guide it’s more an homage to black sitcoms of the past, and a comment on the TV industry too.

"Watching all these shows get rebooted like Roseanne and Will & Grace, Full House now they’re talking about rebooting Alf — we were like, ‘Damn where are the black reboots? I don’t wanna hear about another reboot until they bring back Girlfriends or whatever!"

As Penny pointed out, shows like Girlfriends, Living Single and Martin — the last two were huge ratings hit for then-burgeoning Fox — helped WB, UPN and Fox grow in their infancy. But when networks decided to "trade up" for male, mainstream audiences (i.e. white) in the late ’90s to woo more advertisers, the audiences who supported the networks in the beginning were abandoned. "We wanted to talk about that, and we thought it would be funny to reboot a show that nobody has ever seen before."

Kev’yn started as joke. An entirely different fake show had been planned (Penny wouldn’t say what it was since they might use it later) but one day during filming, the team spotted an extra reading a book that was something like How to Write Television Sitcoms. It seemed a little thirsty, bless his heart, and it became an in-joke as producers imagined him being like, "Aw yeah the writers are going to see me, and I’ll get hired!" They started pitching what his original sitcom would be. They started thinking about a fake one and voilà, here’s Bill Bellamy wearing a Colin Kaepernick jersey, kneeling. Kim Fields, the unforgettable bougie diva Regine on Living Single, directed Kev’yn. "She made it a million times better," Penny said.

Kev’yn is silly, but underscores a serious point. While the success of Insecure, and for that matter Atlanta and Empire, black-ish, Dear White People and more have shattered the myth that majority-minority shows won’t attract wide audiences, this sunny time for black-led TV also casts a dark shadow. Because in the distance are dozens of other shows (and performers, producers, directors, writers and so on) that never got the shine they deserved. For Christ’s sake if The Munsters can be rebooted with monsters living in modern-day hipster Brooklyn, surely there’s room to bring back 227 (Marla Gibbs is still working!) or The Parkers or Sister, Sister. Kev’yn is a joke with lots of layers, but what it says about exclusion, the perceived value of minority audiences, and a lack of consideration and resources and opportunity is actually quite tragic.

"We filmed Kev’yn on the last day, on two stages; on one stage was Kev’yn which I was supervising, and another [producer] was supervising Issa’s," Penny said. He looked up and realized the whole crew had come to watch Kev’yn get filmed. "Nobody was on the Issa side," he said, giddy at the recollection but very awake to what the passion for Kev’yn meant. "It really spoke to, ‘Why aren’t our shows revered the same way?’ They’re just as funny, just as smart, the writers are just as good. Why aren’t we being rebooted?"