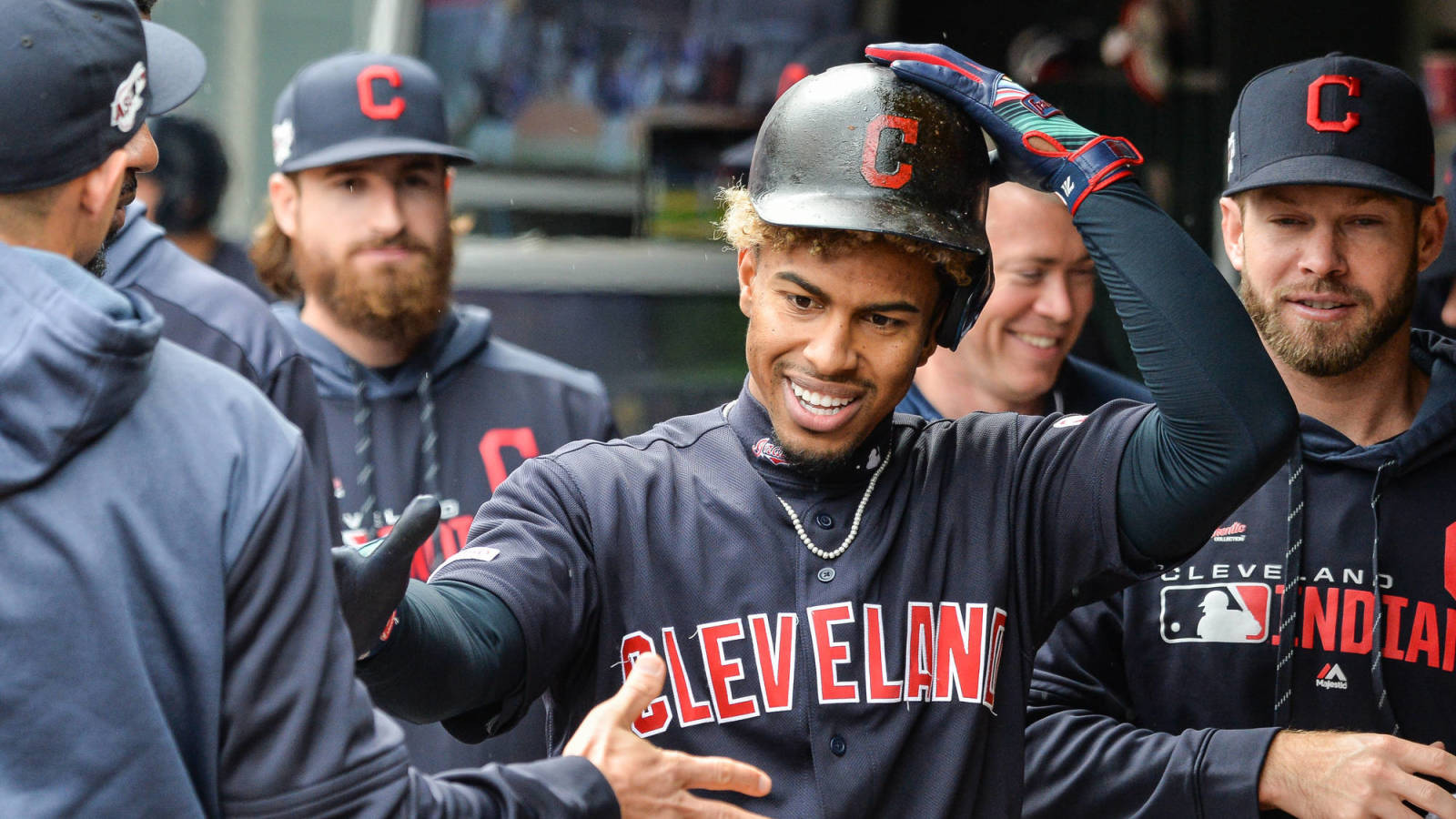 It’s now official: MLB rosters are frozen. We won’t see any players coming and going for some time. And it’s unlikely that any new long-term extensions will be announced. But that doesn’t mean such deals won’t be explored. Some may already have advanced nearly to completion before the global pandemic intervened.

While we may have to wait to learn who the targets are and see what deals get done, there’s a silver lining: more time for rampant speculation! Okay, we’re not going to speculate here; rather, we’ll tick through some interesting possibilities on paper. Remember, we’ve seen an increasing prevalence of deals with less-experienced players (even some without any MLB service) and with new player types (early-career relievers and utilitymen).

In the present MLB environment, value is king and the old forms are fading. We’ve already checked in on the NL East, NL Central, NL West, AL East, and AL West. To round things out, here are some possible extension candidates from the AL Central …

Francisco Lindor is the big story. Unfortunately, that ship seems to have sailed: he informed the team he’d like to halt talks since the sides weren’t making progress. Unless there’s a change of heart and another attempt during the current pause, Lindor is not going to sign onto a long-term deal (at least, before he has reached his final season of arbitration eligibility later in 2020).

There are a few other interesting candidates. Top hurlers Mike Clevinger and Brad Hand would be of interest, but the Cleveland org may not be able to afford these high-end veterans. Perhaps a few others would be more achievable targets for the cost-efficient Indians. Outfielder Oscar Mercado has only 139 days of service under his belt, meaning he’s two full seasons away from likely Super Two arbitration qualification. Young starters Shane Bieber and Adam Plutko are each in the 1+ service class, so they shouldn’t cost all that much and could convey significant upside.

There are certainly some interesting questions for the K.C. organization to consider. Slugger Jorge Soler had an eye-popping 2019 … but is he going to keep it going and should the team lock into a player who profiles best as a DH? And how about exciting young shortstop Adalberto Mondesi? There’s no real limit to his ceiling but he had some struggles last year and is still working back from a shoulder injury.

The situation is equally uncertain on the pitching side. Righty Brad Keller has had success through two full MLB seasons but isn’t exactly a top-of-the-rotation arm. You could perhaps make a case for relievers Scott Barlow and Tim Hill, though there doesn’t seem to be a pressing reason to push for a deal with either.

The Detroit MLB roster turned in a roundly awful 2019 season. But it still has a few potential targets. The versatile Niko Goodrum could be a part of quite a few rosters around the game, though there’s no particular need to lock into him for the long haul. There are more interesting candidates on the pitching side: starter Matthew Boyd and reliever Joe Jimenez. The former has a whole lot of upside and three more seasons of team control remaining; perhaps the club could take a bit of a gamble. As for Jimenez, 2020 is something of a boom or bust year — rack up a lot of saves and he’ll get a big first-time arbitration payday; stumble and he may not do very well at all. Perhaps he and the club could take share the risk over a longer term.

It’s probably a bit too soon to consider the top of the farm system for deals. But this time next winter, the Tigers could have a host of interesting candidates.

Both of last winter’s extensions turned out well; the team struck again more recently with Miguel Sano. Perhaps the most obvious remaining candidate is quality young righty Jose Berrios, who is entering his first season of arbitration eligibility. Now that he’s in line for bigger money, it’ll cost more to do a deal. The sides have struck out in previous talks. Byron Buxton is also a 3+ service-class player. There’s likely too much uncertainty in his outlook to structure a deal, but it’s not out of the question.

It’s tempting to stake out a case for a deal with breakout catcher Mitch Garver, but he’s already 29 years of age and still a full season away from arbitration eligibility. Outfielder Eddie Rosario is two seasons from the open market, but that also gives him greater leverage for a higher price tag. Would the Twins really want to commit?

How about a few wild cards? Infielder Luis Arraez should at least be a nice utility player for years to come. There might be upside in an early deal for the plate-discipline magician. And reliever Taylor Rogers is another interesting target. He’s still three seasons from free agency but gets more impressive with each successive campaign. The Twins will owe him a big raise on his $4.45M salary if he keeps racking up saves; perhaps a deal could suit both sides.

The South Siders have already extended a wide swath of their roster. You might wonder whether there are any candidates left. But the team is exceptionally aggressive in this arena and can’t be counted out on exploring deals with just about anyone of interest.

The most obvious candidate at this point is righty Lucas Giolito. We recently broke down his case for an extension. You could perhaps argue for fellow starters Reynaldo Lopez and Dylan Cease, or even injury rehabbers Michael Kopech and Carlos Rodon, but there’s likely too much uncertainty in each of those situations for the sides to see eye to eye. The same is true of outfielder Nomar Mazara.

If you’re looking for a sleeper candidate, how about second baseman Nick Madrigal? The Sox haven’t been shy at all with pre-MLB extensions and the former fourth-overall pick is just about ready for a run at the game’s highest level.