Big shoutout to John Legend, the only EGOT achiever who's friends with Kanye West 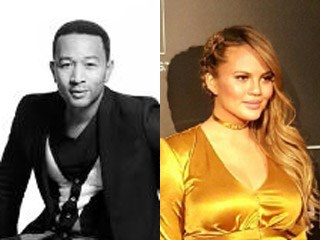 John Legend is many things: former management consultant, husband to Chrissy Teigen, father to Luna and Miles, and caring friend to Kanye West. And as of Sunday night, he’s now an EGOT winner. Legend took home a Creative Arts Emmy for producing Jesus Christ Superstar Live in Concert, which won Outstanding Variety Special (Live). So shoutout to him for being awesome.

Legend (birth name John Stephens) is the fifteenth person to win an Emmy, a Grammy, an Oscar and a Tony, the first black man and second-youngest winner after composer Robert Lopez (Lopez and Legend each achieved the EGOT at age 39, but Lopez had just turned 39 when he won EGOTted in 2014, while Legend’s 40th birthday is in December).

Legend started his run with multiple Grammys in 2006, including Best New Artist. He won an Oscar in 2015 for his song "Glory" from the movie Selma, and followed that with a Tony in 2017 for producing the Broadway musical Jitney. And then he completed the EGOT with Jesus Christ Superstar. The 12 years it took him to complete it is the second-shortest span, after Lopez. But Robert Lopez doesn’t have a song with the greatest rapper alive, Andre 3000 from Outkast, so.

Legend is still up for another Emmy this year for his performance as Jesus in Jesus Christ Superstar. The Emmy for Outstanding Lead Actor in a Limited Series or Movie will be awarded at the Primetime Emmy Awards ceremony on Sept. 17.

Remarkably, Jesus Christ Superstar minted three EGOT winners Sunday night. Musical theater legends Andrew Lloyd Webber and Tim Rice, who composed the show, also won as producers. But since it took them 38 years and they won them all for writing musicals, their win is less impressive than Legend’s. No offense. John Legend has more variety in his career. He won an Oscar for a song with Common. Andrew Lloyd Webber and Tim Rice never did a song with Common. They wrote a lot of great musicals, though, so shoutout to them, too.

"Before tonight, only 12 people had won an Emmy, Grammy, Oscar and Tony in competitive categories. Sirs Andrew Lloyd Webber, Tim Rice and I joined that group when we won an Emmy for our production of their legendary show Jesus Christ Superstar," Legend captioned a photo of himself and the composers with their Emmys on Instagram. "So happy to be part of this team. So honored they trusted me to play Jesus Christ. So amazed to be in such rarefied air. #EGOT"

Legend took the dignified and serious approach, while his wife Chrissy Teigen was a little more playful and intimate. She posted a video of Legend adding his Emmy to his packed trophy wall — he got up on his piano bench to do it — as well as a video of him making "EGOT pancakes" to celebrate his win. John Gielgud never made EGOT pancakes (as far as we know).

Legend joins such luminaries as Whoopi Goldberg, Rita Moreno and Audrey Hepburn in the EGOT club. But only John Legend featured on Kanye West’s "Blame Game" from My Beautiful Dark Twisted Fantasy, the greatest album of the decade, so therefore John Legend is the greatest EGOT winner.