Band of the Week: Pale Hollow 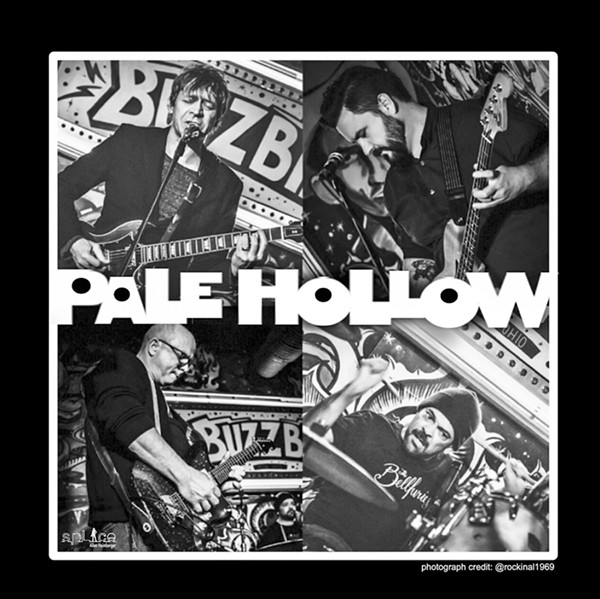 IT STARTED AS A SOLO PROJECT: Allen played bass in another local band in the ’90s, and after that band split up, he started writing his own songs. He had a good connection with Detroit-based producer Al Sutton, who encouraged Allen to send him demos. Allen eventually had enough songs to make a record, so he went to Detroit to cut it with some Detroit-based musicians. “[Sutton] did a really good job,” says Allen. Last year, Sutton convinced him to do a followup. “We went to Detroit again but let my guys play on the majority of the stuff,” says Allen. “I now have some really good players in the band.”

A LITTLE LOUDER THIS TIME AROUND: For last year’s Pilots, Allen wanted more of a band effort. “The first record was more country rock almost. There’s some of that on this one, but we took more of a garage-y approach … it’s even kind of glammy.” For the next album, the band is writing tunes as a unit. “We learned from the first two albums. These guys in my band are good players and quick learners.”

WHY YOU SHOULD HEAR THEM: With its upper-register vocals and roots rock guitars, “Can’t You Hear the Highway,” Pilots‘ opener, sounds like a cross between Wilco and the Byrds. Shimmering guitars distinguish “Trouble,” a gentle, narrative-driven ballad that features a beautiful a cappella interlude. The record distills many of Allen’s influences and you can hear how ’90s acts such as R.E.M. shaped his songwriting.

WHERE YOU CAN HEAR THEM: reverbnation.com/palehollow.

WHERE YOU CAN SEE THEM: Pale Hollow performs with the Battle and Orange Animal at 8 p.m. on Friday, Nov. 1, at the Happy Dog.