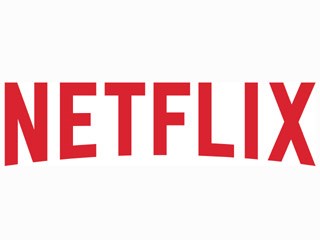 Netflix announced Tuesday that Tiffany Haddish will release a stand-up special sometime in 2019, and because Haddish is basically the dream boozy brunch date, it’s not too early to be giddy with excitement over what she’ll talk about.

Her first special, She Ready: From the Hood to Hollywood, debuted in 2017, just after she made audiences pee with laughter as the perpetually turnt-up Dina in Girls Trip. That wasn’t that long ago, and yet it feels like a dusty, sad era in which we were just getting acquainted with Tiffany and hadn’t yet felt comfortable enough to call her at 9:30 a.m. on Saturday.

But here we are now: totally in love with Tiffany, dazzled by her Saturday Night Live turn, impressed with her sturdiness in The Last O.G., delighting in her self-depreciating late-night banter and totally living for it when she spills tea about what really goes on at Hollywood parties. God only knows what kind of crazy stuff will come out of her mouth in 2019, and we want to hear every syllable. While we wait, here are five things we absolutely have to hear when that special drops.

1. A second-by-second replay of Beyoncegate
Poor Sanaa Lathan has already been outed as the woman who dared come within five feet of Beyoncé let alone bite her face (?!) so now we need details. Which cheek? Did she leave a mark? Did Beyoncé blink and have her removed? Come with receipts Tiffany, and take all the time you need.

2. How much she got paid
Incredibly tacky to ask, sure, but hey, we’re drunk off those bottomless mimosas and anyway, Tiffany Haddish has no problem keeping it real with her friends. And in light of Mo’Nique‘s well-publicized griping that Netflix tried to do her dirty with a paltry $500,000 deal and a contract that would’ve limited her career for two years, we need to know what they offered and what she accepted. She’s been brave enough to talk about wearing the same dress more than once; this is practically the same thing.

4. Who’s sliding in those DMs these days?
And we want names. Haddish and Brad Pitt got into a mutual fawning fest during the 2018 Oscars and jokingly promised to hook up if they were both single later. That apparently was just cute patter (celebs are as flaky as Tinder dates, who knew?) but if Brad Pitt is publicly saying he’ll go out with you then Tiffany’s direct messages via Instagram and Twitter must be lit. Has Idris Elba asked you to dinner? Maybe one of the World Cup players invited you to do some drills off the field? Let. Us. Know, girl.

5. How she handled Nicki Minaj
The 2018 VMAs — during which Nicki Minaj made a pointed jab at Tiffany after she made a crack about Fifth Harmony’s Normani — will be old news by the time her special gets released, but Tiffany owes it to her fans who like a dash of messy drama sandwiched between Tiffany’s inspirational messages to share how she and Nicki hashed things out over jokes in private messages… or how she roasted Nicki with a few savage jokes. We’ll be standing by in anticipation.

Tiffany Haddish’s stand-up special is coming to Netflix in 2019.