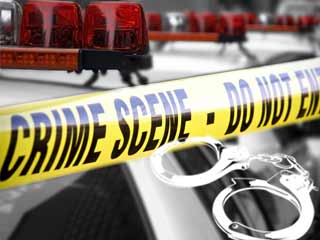 There are so many great shows on TV, we understand if you haven’t heard of every series on our ranking of the 100 Best Shows Right Now. We even understand if you had no idea YouTube was even creating shows under its subscription service YouTube Premium! But if you didn’t know that, that means you’re missing out on what is truly one of the best comedies out there: Ryan Hansen Solves Crimes on Television.

The series stars Ryan Hansen as a fictional version of himself who teams up with the LAPD to help solve crimes using his actor skills and industry connections. The show came in at No. 98 in our ranking, and Hansen shared a video message to celebrate the distinction. But there appeared to be some confusion on his end about how exactly this ranking worked…

"No. 98, baby! Two from the top!" Hansen says in the video, before offering apologies to his former Veronica Mars costar Kristen Bell, whose show landed on the opposite end of the list. "Super sorry to hear that my dear friend Kristen Bell’s show The Good Place ended up No. 1. I thought that’d be higher," Hansen continued. "Don’t worry, K. Bell. You keep plugging away, and one of these days, you’ll have a highly ranked show like ours."

Ryan Hansen Solves Crimes on Television‘s eight-episode first season premiered in October 2017. The show is currently in production on Season 2, which is going to be "bananas," according to Hansen. "It’s so good," he says in the video. "I’m talking cameos on top of cameos on top of cameos. It’s almost like I’m not even in it!"

Still need more convincing? Check out five reasons why Ryan Hansen Solves Crimes on Television is one of the best shows on television.

1. Ryan Hansen. C’mon, his name is right there in the title! Do you know how many people have their name in the title of a TV show? It’s basically Ryan Hansen, late-night hosts and Bobby Flay. But as anyone who’s seen Hansen’s work on the cult series Veronica Mars or the even more cult series Party Down will tell you: Hansen is a perfect mixture of pure charisma, self-deprecating humor and excellent comic timing wrapped up in a single human being.

2. It’s really funny. We’re not joking when we say that Ryan Hansen Solves Crimes on Television is laugh-out-loud funny. A self-referential comedy that’s also a satire of the television industry and Hollywood culture, the series is clearly aimed at a very specific, niche audience. But that audience is smart enough to appreciate that the series also knows exactly what it is and has no problem making fun of itself, its star, or its platform (formerly YouTube Red). And the hilarious sight gags — like when Hansen takes a photo of himself holding a gun with a phone that has a case that also features a photo of Hansen — are an added bonus.

3. It’s Samira Wiley like you’ve never seen her before. Samira Wiley is best known for her Emmy-nominated performance as Moira in The Handmaid’s Tale and her fan-favorite turn as Poussey Washington in Orange Is the New Black. But in Ryan Hansen Solves Crimes, Wiley gets to do something completely different. The actress plays Ryan’s more straight-laced partner, Det. Jessica Mathers, who is basically the Murtaugh to Hansen’s Riggs. The pair’s chemistry is insane, and Wiley’s straight-to-camera glances reacting to Ryan’s antics are Jim Halpert-level great.

Sure, Wiley’s done comedy before (she plays Gretchen’s [Aya Cash] therapist in FXX’s You’re the Worst) but Ryan Hansen is the most we’ve gotten to see her really flex these skills. Wiley not only keeps up with Hansen, but regularly steals the scene and is a reminder that sometimes the by-the-book cop can be just as funny as the cowboy partner if the right actor is playing the part. Plus, Wiley is so great in all the action scenes, we can’t help but wonder what a big-screen blockbuster would look like with Wiley as the badass lead.

4. The guest stars are insane. Ryan Hansen frequently guests on other shows (IZombie, The League and — how could we forget — That’s So Raven), so it seems right that he’s surrounded by an incredible cast of supporting players on Ryan Hansen Solves Crimes. The first season featured memorable appearances by Kristen Bell, Aly Michalka, Jon Cryer, Eric Christian Olson and Joel McHale. The second season is going to up the ante by adding Ben Schwartz, Lucy Hale, Jessica St. Clair, Ken Marino and even Pete Wentz to the mix.

5. It knows YouTube Premium isn’t prestige TV. Look, you know it. We know it. Ryan Hansen knows it. And that’s kind of why it’s so damn perfect.

Ryan Hansen Solves Crimes on Television is available on YouTube Premium, but you can check out the first two episodes for free. You can see our full ranking of the 100 Best Shows Right Now below.